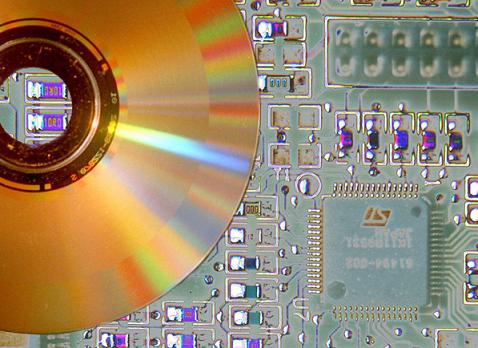 Following is my interview published in CyberMedia India Online at http://www.ciol.com/EC/CIO-Speak/How-and-why-IT-fails/3308104134/0/

How and why IT fails

Prem Kamble, Vice President, Global Software Infrastructure, Sutherland Global Services, shares his experiences with Pratima Harigunani of CyberMedia News.
It was a candid speak and some bird’s eye view on the reasons, mistakes and mishaps that go behind failures of apparently promising IT deployments in an organization. For successful implementation of IT, a go-getter ready to experiment and take risks is a must, says Mr. Kamble.

What kind of IT initiatives falls in the failure bucket? Are they being talked about?

There are many failures that are not often talked about. Failures can be delays. In some cases, applications bought or developed but not used are failures. And no, they are not talked about. Most IT seminars discuss technology but rarely the people issues, which is the single most critical factor in success or failure of IT initiatives. The issue which I call the IT – Management divide is never discussed in seminars. We should have the courage to discuss this threadbare and not push it under the carpet.

Why do they fail?

The greatest pitfall in this otherwise fantastic technology is communication. There can be failures in communication of requirements: the business expert knows the process well but fails to communicate, or the person has incomplete knowledge, or the IT expert who listens interprets wrongly. Most often, the businessperson does not understand IT and the IT person does not know business.

How have you tackled such failures so far?

To minimize this big communication gap, pundits in this field have prescribed a method of not only documenting the requirements but also signing off. Because only if someone has to signoff the requirements is he really serious about it. Unfortunately this is not always practiced. The other very successful method I have often used is to find the right person and put him in charge of the implementation project. Since people and their attitude make a big difference in successful implementations.

Who should take the blame of a failure? The CIO or the users? Is it ever seen as a joint accountability?

Yes, it is a joint charge. Any computerization is a team effort between the IT and the end user. Either both succeed or both fail. But there is one more party, which plays a major role in the success or failure –the senior management, who has to look at it as a team effort and not as an IT initiative. IT institutions and event organizers like you are also partly to blame, for not discussing the real issues which are people issues.

So what is the right way of solving failure dilemmas?

The Communication pitfall should be taken care of. The user requirements should be shared and gathered properly to start with and signed by the user. Proper documentation and trials are important too. Most importantly, senior management’s involvement in the right degree makes a lot of difference. I say the “right degree” because sometimes, over-reacting to issues may make matters worse. The senior management has to be aware that most often, they are more of change management issues than technical issues.

As a CIO, what should one remember in tackling failure situations?

The role of CIO is not to do with only technology. One needs tact more than any other skill in handling the people issues. There are people, political and psychological problems to be combated. The CIO should sense a possible failure and act immediately. The trick is to find people who can endorse and espouse the IT initiative. You need people with enthusiasm and risk-appetite here. I have, in my experience, seen user department heads who were eager to have automation but too scared and not ready enough to experiment. I have in the past brought back projects from the brink of failure by hand picking from the user departments a person who was a go-getter, a risk-taker and courageous to try out, and putting him at the helm of implementation. Such people are instrumental in driving an IT change.

What is easier in implementing the right IT solution, is it being convinced by the right vendor or convincing your organization’s people?

There is nothing called a right IT Solution. The trick is in making it work for people because the best products can fail and not so good solutions can succeed – the difference is people.